“Objects of Remembrance” explores the history locked in material objects and reveals their personal, collective, local, regional and global relevance. Salons of Jewish bourgeois family homes in Riga, Warsaw, Budapest or Vienna had much in common at the dawn of the 20th century, and of course showed much diversity as well. The identification and interpretation of objects that have been transmitted from generation to generation, surviving losses of historical and personal events provides for a vast collection of interdisciplinary cultural values.

The material environment of Jewish families have undergone several substantial changes – sometimes willed and often coerced. All those years of family wealth-generation after Jewish integration in the late 1800s, followed by the partial or total collapse of that wealth and then starting a new in the past few decades made for radical changes in material circumstances for most families. Similarly, major shifts in identity and cultural preferences took place during the same period. All these factors have jointly influenced the value-judgments of individual families (and their heirs.) Whenever specific decisions had to be made regarding the preservation of specific objects (at the time of historic cataclysms like Shoa and nationalization or personal events like moving houses, leaving countries, the death of grandparents, the loss or regained religious content, etc.), the above factors jointly defined which objects were deemed worthwhile to hold on to. For this reason, the exploration and comparative research of existing family collections reveal crucial intersections of history, identity, religion and wealth-generation. 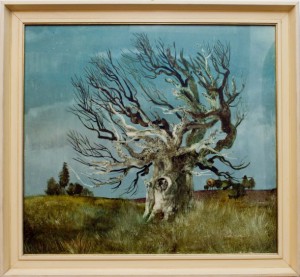 Related to the Objects of Remembrance project, Lindenfeld Partners also attends to the exploration and promotion of art objects and artists that have specific links to a specific Central European Jewish family. These could include an artist escaping Central Europe to succeed elsewhere, but also pieces of art commissioned by a Jewish family or held in a family collection for some accidental reason (in pawn, or as a token of gratitude, etc.)

In the spirit of innovative historic research, Lindenfeld Partners also intends to contribute to the preservation of Jewish family collections of objects. For this reason, it provides valuation and value-management of family collections.

Lindenfeld Partners has launched a collection of characteristic objects in order to establish a general Display Cabinet (Vitrin) representing all Jewish families of this region. Lindenfeld Partners is an initiative in social entrepreneurship. Beyond its invested capital, it relies on philanthropic support and grants as well as operational income from investments and services. All generated income is committed to promote the operation and growth of the Objects of Remembrance project and related undertakings.

As the generation of Shoa survivors withers away, the wonderful collections of “oral history” of the past few decades gradually reach completion.