Remember! or Yizkor! – we hear on Jewish holidays. Remembrance is at the very core of Judaism and Jewish culture and heritage. “Objects of art are the shrines of history”, argued Aby Warburg, and this claim is just as valid for ordinary objects that express our identities and value-judgments. We inherit, own and cherish such objects, bring them along when we move from one place to another, sometimes leaving not just an apartment but a country or even a continent.

Established as an undertaking in social entrepreneurship, Lindenfeld Partners has initiated the “Objects of Remembrance” project in order to promote the understanding of Central European Jewish families’ material memory from multiple perspectives. Eyewitnesses of the decisive historical events in the 20th century are now few and far between, therefore the wonderful collections of “oral history” of the past few decades are gradually reaching completion. The reconstruction of family photo albums (so fashionable already between the two world wars) would now be less about identifying relatives and friends on the pictures, seeking their individual memories and histories. Rather, this project aims to reveal a family’s material environment, the story of certain objects and pieces of art. 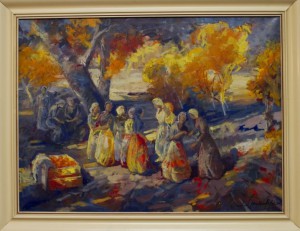 Lindenfeld Partners is established by the Budapest-based descendants of the Lindenfeld family and the project partly is inspired by the art of painter Emil Lindenfeld. Born in 1905 in Hódmezővásárhely, Emil Lindenfeld left Hungary at a young age achieving high international renown in Italy and later in the United States. The Lindenfeld family in Hungary has preserved several pieces of his early works – making it through the Second World War and the decades of communism. For the family, these pieces of the artist’s ouvre are primarily „objects of remembrance” and neither their artistic or material value would ever be of major concern. As such, these paintings and other works of art often have the very same standing as more ordinary objects that have no special value outside the family home: they are invaluable containers of anecdotes, stories and references in family history. The „Objects of Remembrance” project attempts to reveal and explore these interactions of art, objects, history and value.

“Objects of Remembrance” undertakes data-collection by structured interviews with Jewish families focusing on their material environment: discussing the various objects in their display cabinets or discovered on old family photographs. The project absorbs collective memories, anecdotes, meanings and reference-base. Interdisciplinary research establishes common threads among family objects and narratives and puts them in historic context. Social and art historians establish the origins and valuation of the various objects and the frequency of their occurrence in contemporary and historic Jewish families in Central Europe.

The emerging archive of “objects in contexts” is to be vastly expanded by providing a virtual platform for sharing narratives as well as objects of remembrance. Fostered also by social and community media, the web-community of Objects of Remembrance may well become a pioneering attempt of knowledge-building by “crowd-sourcing” in the area of Jewish heritage. Given the popular aspects of  mini-histories, anecdotal links and web-aesthetics, the project may quickly achieve a very diverse outreach potential promoting interaction and collaboration between Jewish interests and the wider community as well.

This photograph was taken in 1942. A well-off iron-merchant family in Szeged (Hungary) is celebrating a birthday or some other anniversary. Two years later 9 people of those on the photo perished in the Holocaust. Almost no one on the picture is alive today. Yet the chandalier is still here. As are the portrays of the hosts on the wall. And some of the silvery. Also, the highly decorate wooden chair in the front of the photograph is still around.

The Objects of Remembrance project is set out to restore family histories in context by “interviewing” such inanimate objects and capture the memories they convey to survivors, descendents and even historians.

Objects that travel through decades and sometimes centuries in families become containers of emotion, identity and historic reflection. The changing nature of wealth, loss, taste and ambition over time are wondrously revealed by choices of objects around us from generation to generation. Lindenfeld Partners is established to help telling these stories. 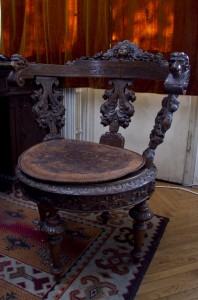 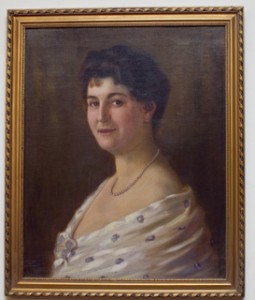