The project “Vitrin” [display case] of the Hungarian cultural association AnthropolisEgyesület and Lindenfeld Partners. The project uses visual anthropology in primary and secondary school teaching, with the idea that history should be linked with an object or a specific person, for it is through them that emotions can be evoked and experienced. A privateinitiative, the project began by working with the history of a single survivor family, its glass case. Initially, the project received support from the Lindenfeld Company and, subsequently, from the European Union. In the course of the project, volunteer primary and secondary school teachers (teachers of media studies, history, and French) were instructed in how to tell personal stories using digital storytelling. Participating students themselves select the stories to be told, do the necessary research, and then make the film. The role of the teacher is to provide thestudents with professional assistance throughout this process. The rationale of the project is the reverse of that for the Shoah Visual History Archive, in which events are documented on the basis of interviews following an interview guide, resulting in personalized stories of the Shoah that can then be taught to students.

The films of the “Vitrin” project are related only tangentially to customary historical narratives, since the choice of topic is up to the students and is their responsibility. Thanks to the students’ familiarity with digital technology, its use in the project caused far fewer difficulties than the organizers hadanticipated.

Giving purpose and meaning to the remembrance of the Holocaust

At a meeting held in Budapest to evaluate the project’s findings, a bone of contention among teachers was that, ever since it became compulsory in Hungarian schools to observe Holocaust Remembrance Day on April 16, students had exhibited increasing resistance to instruction on the Holocaust. They expressedthe view that Holocaust Remembrance Day was just one more formalized and institutionalized expectation in the politics of memory. Some students publicly protested against the compulsory viewing of films about the Holocaust. These developments reflected changes in the Hungarian political discourse that were marked by agrowing acceptance of verbal anti-Semitism and a sharper distinction between “Us” and “Them”. The secondary school teachers reported that their students were demanding to know why school timewas being used to address things of little importance to them and to Hungarians in general. In this way, the Hungarian/Jewish difference or dichotomy was being recreated in connection with anaspect of memory politics that was aimed at ending that difference. An enormous challenge for teachers was somehow to smuggle in the little word “also”: that is, to gain acceptance among Hungarian schoolchildren that the Holocaust was “also” of importanceto them. This is a far cry from the story-telling in Aftermath,in which the perpetrators feel they must speak out and remember, and do so beyond and outside institutions. This type of discourse is particularly difficult in impoverished regions beset by ethnic conflicts — for instance in northeastern Hungary, where the Us–Them dichotomy is manifest in the hostility exhibited towards Roma people.

One of the teachers involved in the “Vitrin” project, a history teacher at a school with students mainly from a Roma ghetto, received an odd opportunity. A far-right paramilitary force from a neighboring village — a force with links to the Jobbik party — hounded the local teacher, a village native, out of the area because she was considered to be Jewish. In World War II, the teacher’s father had saved six Jews by hiding them in his home. Instead of receiving recognition from the local community, his daughter was now forced to move away from the village. The Hungarian reality differs from the story presented in Aftermath to the extent that, although the daughter of the man who hadsaved Jews in 1944 was forced to flee habitual harassment in her village in 2014, she did not lose her life. Still she paid a price. The defining memory cultures survive in eastern Hungary ina similar isolation to what we see in Poland.

A colleague wanted to process this teacher’s experiences in the “Vitrin” project with the involvement of her Roma students, but the persecuted woman did not want to be featured in a film. Even though she was offered anonymity, she declined to take part — out of fear. The vocabulary used by the director of Aftermath to express the storyin Poland was not available at this point in the Vitrin project. The teacher rejected the option of giving up her life — although her life would not actually have been in immediate danger. But other films are being created as part of the project, some of them seeking to give purpose and meaning to our memory of the Holocaust. It is not the experiences of others that are transposedinto their own situation. Rather, utilizing the possibilities of digital technology, the filmmakers try to put their own experiences and emotions into film.

Lindenfeld Partners was established to explore Central European Jewish heritage by focusing on the contextual meaning of objects and thus reconstructing family histories. Ordinary objects as well as those of art have accompanied Jewish families for many decades and sometimes centuries. Over time, such objects have become invaluable containers of anecdotes, stories and references in family history. Their preservation reveals a long cycle of historic value-judgements as well as many disruptions in family history. By innovative data-collection approaches and cutting-edge interdisciplinary research Lindenfeld Partners aims to provide a widely used hub of information as well as a comprehensive narrative context for the current generation looking after „objects of remembrance.”

Several additional projects and initiatives are developed in conjunction with the findings of the Objects of Remembrance project. Lindenfeld Partners has launched a collection of characteristic objects in order to establish a general Display Cabinet representing all Jewish families of this region. Objects with great explanatory impact are to be introduced in temporary exhibitions and in a professionally produced album with substantial international outreach and distribution. Finally, Lindenfeld Partners assists public and private collections of Jewish history to include objects and documents in contexts by linking family archives to professional collections.

Selection of some interesting pieces of art from our recent research projects: 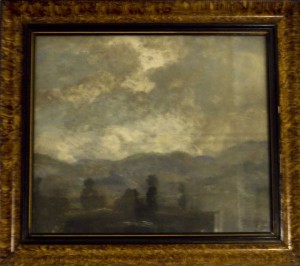 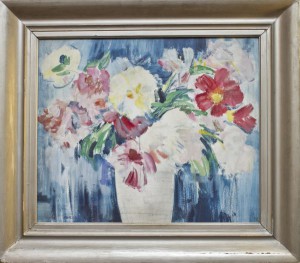 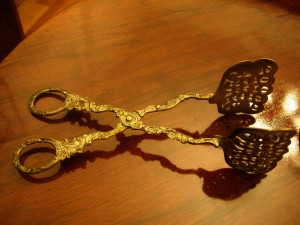 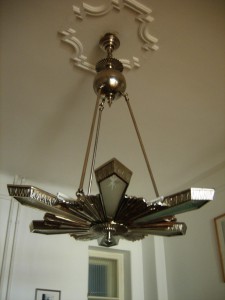 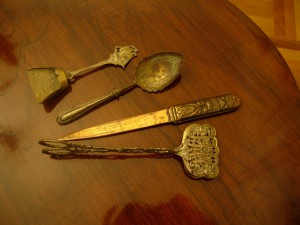